During this year’s annual NADA conference, CEO of Force Marketing, John Fitzpatrick, had the opportunity to speak with Matt Bowers, owner of several Nissan, Ford, and Chevy dealerships in the greater New Orleans area. Although, you might know him better as the die-hard Saints fan that has rented a total of eight Atlanta billboards to voice his displeasure with NFL commissioner, Roger Goodell. 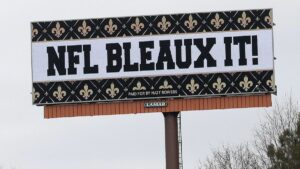 After the last play of the NFC Championship game between the New Orleans Saints and the Los Angeles Rams did not go New Orleans’s way, Matt decided to take action. His billboards include messages like “Saints Got Robbed” and “NFL Bleaux It”. This display has captured nationwide attention as Superbowl LIII approaches. To see how all of this PR has helped Matt’s dealerships, take a look at our full interview above.

John: Matt Bowers with Matt Bowers Automotive Group. Thanks for joining me to talk a little bit about-

John: what’s going on in your world. For those of you that don’t know Matt Bowers, I’m sure you now know about him. He is the guy behind Who Dat Nation from New Orleans.
That’s right. You’ve been a huge fan of the Saints, growing up, for a long time. Tell me a little bit about what’s been happening in your life for the last couple of weeks.

Matt: Oh man. Let’s start there. I don’t know if we have that much time, John, but I’m a huge Saints fan, grew up a Saints fan. My wife, kids … season ticket holder, suite holder at the Superdome. And we get to the NFC Championship game. We’re one play from going to the Super Bowl, and maybe the worst call in the history of the NFL happens against us. And leaving that night, I felt terrible. I felt terrible for all the fans, the people of the city of New Orleans. And I woke up the next morning and I didn’t really feel any better about it. So I said, “What can I do to let people know how we feel, in the city?”

And I called up an outdoor advertising agency in Atlanta, Georgia, where they’re playing the Super Bowl this week, and decided to buy billboards throughout the duration of the Super Bowl and the day after, to get our message out.

John: How many billboards in Atlanta did you purchase?

Matt: I think I have eight locations. Some of them are digital boards, which have six placements apiece, which I have 90% of those. And then they even gave me a few, in fact. Just because they thought they would be important, which I doubted. So I did it; it was up in an hour. I got the proofs back, I put them on my personal Facebook page, where my mom is and my girlfriend in high school and everything, and whatever else. And then it got shared 30,000 times. So I’ve had … Shoot, I think I’ve gained 4,000 followers on Twitter. I’ve had over 18,000 Facebook friend requests.

John: Is that right?

John: You were on the cover of ESPN.com, weren’t you, for a little bit?

Matt: Yeah. I was telling … I could be leading the U.S. Open after two rounds, and not be on the front of ESPN.com. And Adam Schefter sent a Tweet with me to 8 million people-

Yeah, no, this thing has gone viral. I mean, there’s a lot of momentum behind this moment.

Yeah, and I’ve had people say that, “Hey, look, you were planning to put these there.”

John: Not so much in Atlanta, though, in your home town, right?

John: Well good for you. Good for you for standing behind that, man. We need more people out there that are willing to really put … not only yourself on the line and your family, but your money and your business behind it, and say, “This isn’t right.” Right?

So as we sit out here at NADA, let’s switch the focus for one moment on the auto industry, and what it’s done to the business side of it. Because what I love about what you’re doing is (and I know you, so I can say this; I’ve known you for a while): there is a lot of genuine authenticity as to why you did this. You did not do this to sell or service more vehicles.

No. But as a result of this PR, how are your stores being viewed? I mean, is this an opportunity to showcase that, “While I’m authentic in my sports relationships, I’m also authentic as a business dealer”?

Matt: I think that’s a fair point. Look, my father wasn’t a car dealer. I had to do it in a way that’s “the road less traveled.” I started out of the classified section selling cars 23 years ago, and now I’m in my hometown with multiple car dealerships: Ford, Chevrolet, Nissan-

Matt: Yeah. And so I think the people of New Orleans … I think this: has it changed my business overnight? No. But I think it would fall in the same category as doing something nice for somebody’s kids.

John: There you go.
Matt:You do something nice for my kids? You’re going to win the jump ball every time.
I think I’m going to win a lot of jump balls in the city of New Orleans.

Matt: And I have stores in Nashville, and in Mobile, Alabama. But New Orleans specifically, I think it’s got to help, right? It feels like it has already.

John: Yeah, absolutely. Even just to showcase who you are and what you’re all about, right? And I’ve always said this for years: car dealers don’t get enough credit for the impact they have on their local communities. I’ve never met a car dealer that’s not charitable in their communities, that gives back relentlessly, right? I mean, and yet, you’ll typically going to find the consumer base say, maybe, not pay attention to all of that generosity that’s shared, right? And so, from that standpoint, what are your thoughts on that.

Matt: I think the city of New Orleans, it’s not a very homogenous city in respect to: there’s a tremendous amount of diversity, cultural diversity. But the one denominator: if you live in New Orleans, you live next door to a Saints fan, on both sides. There’s no Cowboys fans on my street, buddy. And so, that’s the one thing-
And definitely no L.A. Rams fans.
And we can have different cultural backgrounds, socioeconomic backgrounds, but the one thing that everybody in that city comes together over are the Saints, and the love of the New Orleans Saints. We have a strong sense of community in New Orleans, so you hurt and celebrate as a community. And it’s very unique, and I think this speaks to that.

John: Directly. I agree with you. Directly to that, directly to that. Look, I’ve been following your career. We’ve been in partnership since before you were a car dealer. I see a fantastic operator make his way through, and now you’ve got your name on the sign. I’ve got a tremendous amount of respect for you, seriously.

John: Not only as a person and as a community leader and as a business leader, but just as an entrepreneur- -and a thought leader in the space. Kudos to you on all your success, and what you’re doing. We appreciate you coming on the show-

We appreciate everything, and- Thank you. 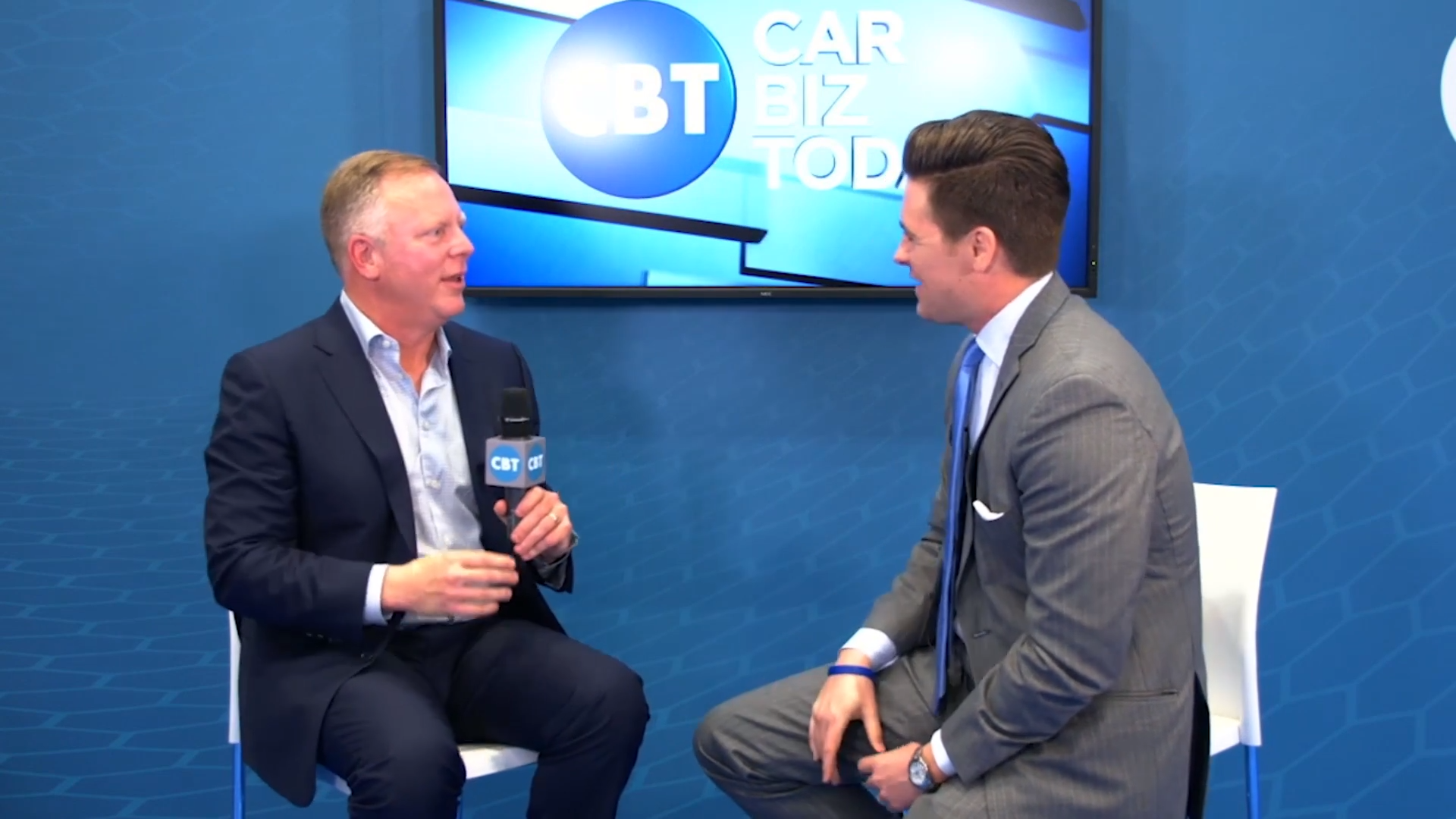