Is it Time for Compliance Training — Again?

Over the years, dealers throughout the U.S. have gotten away from aggressive spot decisions and re-contracts. I remember when my boss would say, “If we’re not bringing at least 10 to 15 vehicles back per month, we’re not spotting aggressively enough!”

What constitutes a spot decision? This is when the dealer makes a call from the desk based on a customer’s credit without submitting it to the banks. The deal is wrapped up in finance and contracted. Depending on the volume of the store, the F&I director submits the deal to the lender a day or two later. About a week or two after that, the dealer invariably winds up having to drag the customer back onto the lot to re-contract on different terms. Sometimes, this results in better terms for the customer—but more often than not, the customer ends up on the short end of the stick with a higher interest rate and a higher monthly payment.

The scenario is often exacerbated by dealers who deliver subprime customers without collecting the necessary stips for funding. With banks today asking for income verification and proof of residence for all customers—not just subprime customers—this can cause a serious conundrum.

So what’s the big deal, especially in states that allow spot decisions? Too often, dealers don’t know where to draw the line. As a result, that line is sometimes crossed by backdating contracts to their original delivery dates—something that should never be done. Regulation Z of the Truth in Lending Act requires that consummation occur not when the customer takes possession of the product, but at the “time that a consumer becomes contractually obligated on a credit transaction.” Regulation Z does not permit calculation of the APR based on the interest accrual date, which is earlier than the consummation date.

Yo-yo deals are taking the customer out of the market by making them believe they’ve been approved, only to bring them back into the dealership a week or two later to re-contract on higher payments, rates, or different terms. Yo-yo deals are often the result of spot deals, and they are definitely not legal. Stay on the smart side of the law.

POI, POR, and the Risk of Reputation

Stores that promote excessive spot decisions put not only their reputation at risk, but likely cause their funding to go haywire. How many dealers are actually making on these poor spot decisions that have to be re-contracted on different terms or deals that are cut to meet the bank call? Even worse, you’ve got dealers who spot subprime customers without the stips in hand, such as POI or POR. Sometimes, the POI doesn’t match what is submitted to the bank. As a result, customers have to return to the dealership to be re-contracted at higher rates, switched to another vehicle they can get approved for, or be taken out of the deal altogether and crossing fingers that their trade-in hasn’t been sold.

I’m not an advocate for spot decisions, especially with available resources like DealerTrack and RouteOne, which can facilitate a deal within two to three minutes. Sometimes, the reasons for making spot deals are understandable. In these cases, dealers make spot decisions as a means of securing the deal. But a negative result of having to re-contract later is the dealer having to cut the front-end gross, or having to cut the back end to meet the customer’s payment.

Imagine how the F&I person feels. They’re compensated on products sold, and it’s always an uphill battle with such deals to make any money, especially when products are sold only to be taken out during re-contracting. Not only is F&I profit diminished, but it’ll also leave the customer with a bad taste in their mouth. This ultimately has an ill effect on dealership CSI and personnel. Re-contracting customers means reduced profits both in the front end and back end.

Many dealers realize the importance of getting their deals funded quickly. Many institute a three- to five-day policy. Dealers who constantly re-contract frequently incur a two- to three-week funding delay. Some may even go for months before getting funding and end up having to pay first and second payments to clear CIT. Tim Deece, a respected authority in used car sales, states a dealer will pay approximately $32 per day per car for every deal that is not funded. It adds up quickly. But this is nothing compared to how much it’s costing in the morale of sales personnel not getting paid on their deals, and banks refusing to do business with you.

Some advise that desk managers submit deals instead of F&I, which is a mistake. Desk managers are rarely held to the same standards as the F&I department, and will likely not be made accountable for shot-gunning deals to banks or submitting deals inaccurately, which could result in power booking.

Handing over the reins to a sales manager who doesn’t understand the importance of compliance can spell trouble. When a deal is submitted to the bank inaccurately on income that doesn’t check out, it can be near impossible to get the bank to overturn the decision to buy the deal. Once you lose credibility with the bank, it’s hard to win it back. Worse yet, your dealership could be flagged as undesirable to work with. Sales managers should never submit deals to banks unless they are properly vetted and understand their overall responsibility.

When was the last time you sent your desk manager to F&I or compliance training? When was the last time your desk managers looked at a rate sheet? What rates are you using to quote customers, and are your advances out the roof? Are your desk managers still under the impression that interest rates are at an all-time low? It’s important to ask yourself these questions. Recently, Sage Automotive Group paid out $3.6 million to settle with the Federal Trade Commission on charges of deceptive practices, including yo-yo deals.

Subscribing to practices that allow your desk manager to make spot decisions on a whim will eventually drain the well dry. And fostering a permissive environment where spot deals are made just to save time can be disastrous on numerous fronts. To keep your dealership in the black and on the straight and narrow, carefully monitor your business—was the spot decision a sound one, or was it just a mind deal thrown against the wall to see if it would stick?

Digital retailing offers dealers the flexibility to provide the customer with self-desking capabilities. Perhaps turning over the reins to the customer—offering preliminary payment options and terms through soft-pull, real-time analysis—will reduce the time the customer spends in the dealership shopping for a vehicle. It’ll also likely reduce the need to spot deliver vehicles, and speed up the F&I process. Using out-of-the-box techniques and being upfront with the customer will help you sell more cars and maximize profits! 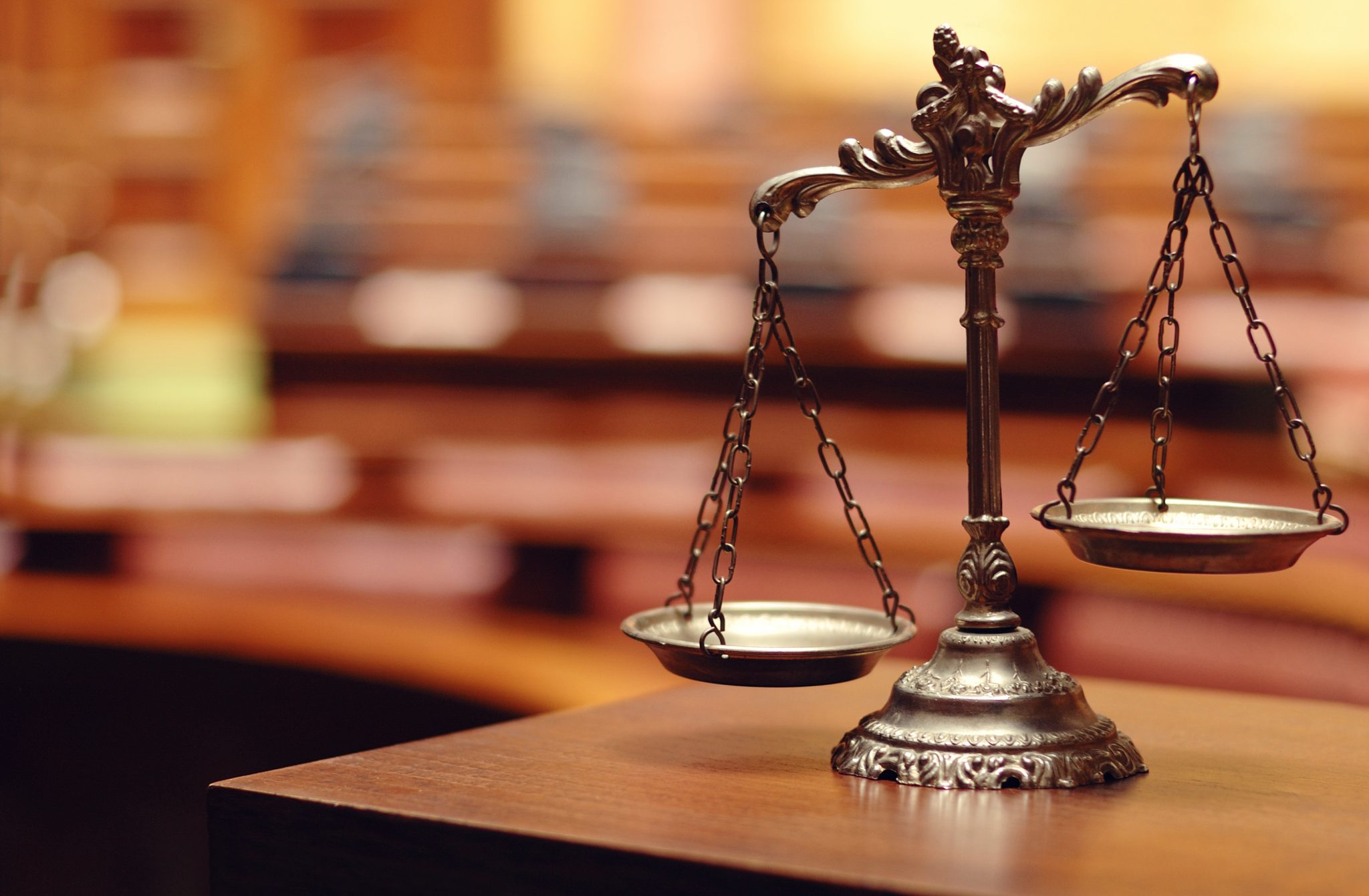 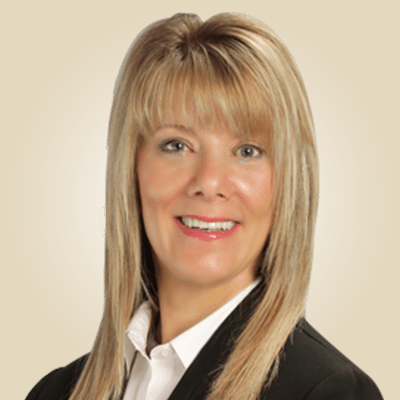 Becky Chernek
Rebecca Chernek has nearly three decades of consulting experience in the automotive retail industry. She started her career by working with her father at their family-owned auto dealerships in Have De Grace, Maryland. She gained hands-on skills and experience in almost every aspect of the automotive sales process: new used cars and trucks sales, F&I, Director of Finance for volume operations and general management. Rebecca has helped hundreds of automotive car dealers throughout the U.S. and Canada streamline their processes and closing techniques and significantly increase profits.