High incentives move metal, but do they help your dealership in the long term? 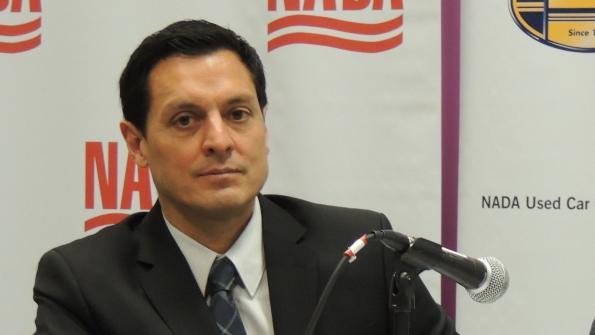 The overall outlook for the auto industry “is a little less certain than it was a week ago,” say Steven Szakaly, chief economist of the National Automobile Dealers Assn., referring to the election of Donald Trump as the next U.S. president.

The new administration presents both potential benefits and problems, Szakaly says in a media conference call before the start of the Los Angeles auto show.

The benefits could include tax reforms and “a reduction in the regulation burden,” particularly relating to government fuel-economy mandates, he says.

Negatives he cites include a possible “crackdown on immigration or adjustment to free trade.”

In his tough-talking campaign, Trump vowed to deport illegal immigrants (primarily from Mexico) and revisit the NAFTA trade pact, which he contends is disadvantageous to the U.S.

Facebook
Twitter
Linkedin
Previous article
Do you want to increase your customer retention rate and CSI?
Next article
It’s Time for Dealerships to Catch Up