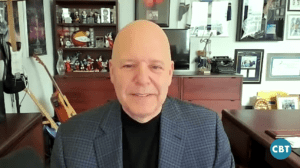 Ford is preparing to recall three million older vehicles due to a potential problem with the airbags. The recall will cost the automaker an estimated $610 million. The company confirmed the cost in a filing on Thursday with the Securities and Exchange Commissions after the closing bell. In the filing, Ford said the expense would be treated as a special item as part of its fourth-quarter earnings on February 4. The impacted vehicles range from model years 2006 through 2012, including the Ford Ranger, Fusion, Edge, Lincoln MKZ, MKX, and Mercury Milan.

Electric charging company EVgo is going public in a SPAC merger. The deal is expected to bring in $575 million for EVgo. When the deal closes, EVgo will become a publicly-traded company on the New York Stock Exchange. There has been a big push of SPAC mergers in the electric vehicle space across the last seven months as investors have looked to capitalize on the momentum created by Tesla’s skyrocketing valuation. The company currently operates more than 800 dc fast-charging stations across 34 states in the U.S. That number is expected to triple in the near future through its recent partnership with General Motors.

Automotive analysts are hopeful for the future of the industry. That was the message delivered at the Society of Automotive Analysts’ 2021 Automotive Outlook conference. Pete Kelly, managing director for LMC Automotive said he expects a 9% increase in 2021 with global sales improving to 87 million units from 74.6 million last year. Kelly did note that the pace of sales and vehicle production are currently being stunted by the semiconductor shortage.

While Volkswagen’s profit was nearly cut in half last year due to the pandemic, strong sales in China and strong deliveries in Q4 helped the world’s largest automaker remain in the black. On Friday, the company announced that operating profits came out to $12.2 billion in 2020, compared to $23.5 billion in 2019. Volkswagen shares hit their highest mark in 11 months after Friday’s earnings release, as shares jumped 2.7%. 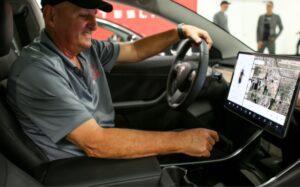 EV owners likely to go electric again, says J.D. Power research
J.D. Power conducted an initial survey of American electric car buyers to determine their satisfaction. Their findings discovered that more than 4 out of 5 surveyed responded that they “definitely will” consider another EV purchase down the road. But what wasn’t as clear is whether they’ll be repeat buyers of the same brand or will try something different. The J.D. Power U.S. Electric Vehicle Experience Ownership Study analyzed respondents’ scores on a 1,000-point scale in both mass market and premium segments to evaluate their view of the ownership experience so far. It included questions around accuracy of battery range, public charging station availability, cost of ownership, driving enjoyment, home charging ease, and the vehicle’s quality and reliability. Read More 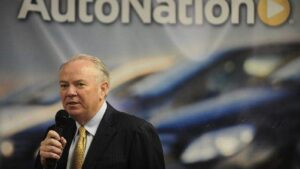 Kerrigan Index report reveals record-breaking stock valuations amid shaky economy
The COVID-19 pandemic rattled the American economy, and its impacts are still being felt in almost every sector. In 2020, many feared that the economic fallout from the virus’s effects would significantly and negatively impact the auto industry. While there were some shocks, auto retail has managed to stay resilient.  Kerrigan Advisors, a sell-side advisory firm and thought leader in the auto industry, released results on The Kerrigan Index’s 2020 performance, including the stock and sales data of seven well-known publicly-traded auto retail companies. There are various significant takeaways from the findings, but the overarching conclusion is that auto retail saw growth, even amid the pandemic. Read More