Carvana has resorted to using the "poison pill" strategy to prevent a hostile takeover before it can resolve its financial problems. 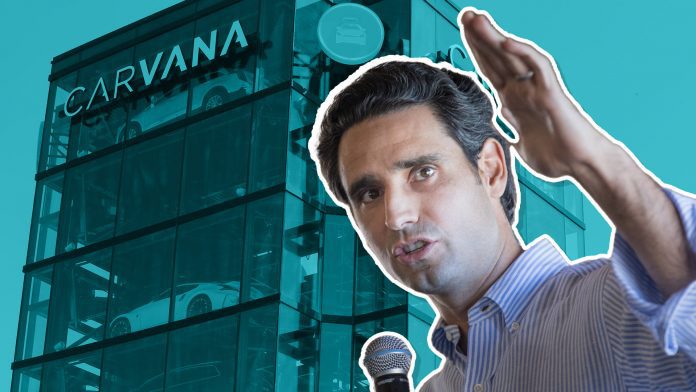 Carvana has resorted to using the “poison pill” strategy to prevent a hostile takeover before it can resolve its financial problems.

The “poison pill” refers to a series of defensive maneuvers public companies perform to secure their investments. Companies whose stock prices plummet, just as Carvana’s did in 2022, can become the victims of hostile takeovers by shareholders who can afford to buy a majority stake thanks to the decreased in value. The most common tactic in a “poison pill” plan is to set a maximum share percentage any investor can own. Other strategies, such as giving shares to other investors for free, help prevent further power consolidation if it begins to develop.

In Carvana’s case, the move is more preventative than reactionary. The used car retailer hopes to claim the net operating losses it experienced in 2022 on its upcoming taxes, giving the brand more funds to tackle its debt. While it is not clear whether any investors intend to make a move, the tenure of the brand’s current leadership would be cut short if their efforts to cut spending were obstructed. With the “poison pill” in place, the company can be more certain its plans are safeguarded from a hostile takeover.

The rise and fall of Carvana has become a popular topic of conversation in the dealership community, since many believe its struggle encapsulates the dangers of online retail. However, its story is instead a cautionary tale of poor preparation, rather than technological dependency. The franchise ultimately failed to predict changes in the used car market following a post-pandemic surge in interest. Rather than anticipating a decline in demand when new vehicle production began to recover, the company’s leadership assumed the heightened engagement would continue and purchased a massive inventory of units it was ultimately unable to pay off as planned. Although it remains to be seen if the brand will successfully navigate its financial challenges, the preparations it is taking now to limit the chances of a hostile takeover suggests that Carvana’s leadership have learned their lesson.