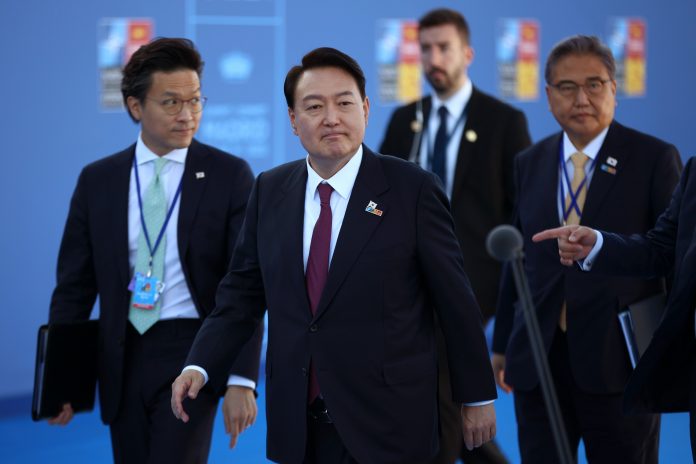 Speaking to Reuters on Monday, the president stated that his administration would provide assistance to companies interested in building facilities within his country. Yoon made the announcement a week after a phone call with Tesla CEO Elon Musk, during which the entrepreneur named South Korea as a prime location for a new factory.

Although he mentioned other companies, Yoon’s statements were noticeably targeted toward Tesla, as the president specifically mentioned “gigafactories,” large plants operated by Tesla in the U.S., Germany, and China. Musk has yet to respond to his comments.

Some of the benefits South Korea can offer to car manufacturers, according to Yoon, include personalized policies, reduced costs, and safety from what the president labeled as “militant unions.”

President Yoon has taken an especially aggressive stance against organized labor in his own country, threatening prison and fines for striking truck drivers. The reason for the trucker’s strike is a soon-to-expire safety regulation. The law was constructed to dissuade companies from forcing unsafe driving practices on their workers, such as driving while fatigued. While South Korea’s relationship with unions is substantially different from North America’s, Yoon may find a sympathetic figure in Musk, who has repeatedly criticized unions despite Tesla’s questionable history with workplace safety.

As a result of the incentives built into the Biden administration’s Inflation Reduction Act, many automakers have announced plans to build factories in the U.S. rather than abroad. It remains to be seen whether the South Korean president’s offer will be taken seriously by automakers.