The U.S. Treasury Department has refused to classify General Motor's Cadillac Lyriq as an SUV, a restriction which prohibits the vehicle from qualifying for EV tax credits. 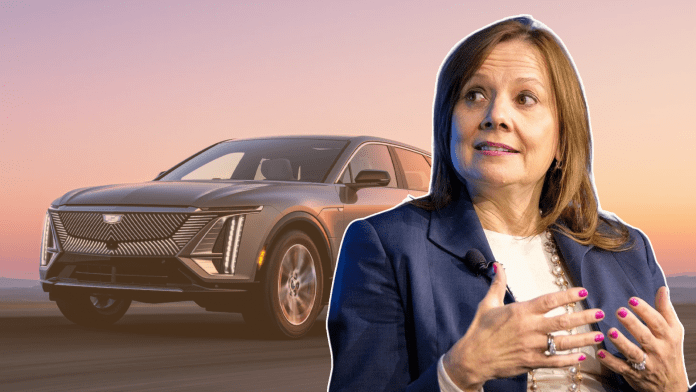 The U.S. Treasury Department has refused to classify General Motor’s electric Cadillac Lyriq as an SUV, a restriction which prohibits the vehicle from qualifying for EV tax credits.

The incentives provided in the Biden Administration’s Inflation Reduction Act allow for drivers to earn $7,500 back on electric cars which meet its list of requirements. While most of its rules focus on material sourcing, the bill also provides maximum price points for different vehicle types, blocking many higher-priced models from qualifying. Notably, the legislation requires that non-SUV models fall below $55,000, although it allows SUVs to reach up to $80,000. The Cadillac Lyriq is currently priced at $62,990, and although it is advertised as an SUV/Crossover, the Treasury Department refuses to classify it as such, placing it well over the maximum price to qualify for the credits.

GM noted that other government agencies used EV classification methods which agree with the SUV label for the Cadillac Lyriq, arguing that the Treasury should remain consistent with administration-wide doctrine. Unfortunately for the automaker, the department publicly defended its policies, and explained that it used fuel-economy standards which were both well-known and widely-used throughout the auto-industry and regulatory bodies.

Other brands have encountered similar challenges in navigating the Treasury’s EV regulations, such as Tesla whose CEO pointed out that its standard five seat Model Y doesn’t qualify for any credits, but that its seven-seat version does. Likewise the ID.4 from Volkswagen is normally excluded from tax incentives, unless buyers select the all-wheel drive version. Similar to the Cadillac Lyriq, the standard editions for both vehicles are labeled as SUVs. While it is unclear what changes, if any, the U.S. Treasury will make to its policies, it is expected to release updates in the coming months in regards to battery sourcing.