Albany, NY– Auto/Mate Dealership Systems today announced that a team of five of its software developers placed first in the Hack Tech Valley (https://hacktechvalley.com) hackathon competition. The event was held at Schenectady County Community College in New York on February 10-11. Sixteen teams competed in the Hackathon, which gave coders 24 hours to come up with an innovative software application. 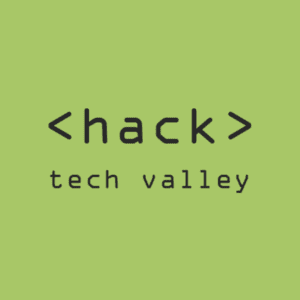 “Winning this competition shows our strength as a professional team,” said Tom Haley, software development manager and one of Auto/Mate’s five team members. “At Auto/Mate, we already know what a good user interface (UI) looks like without having to do a bunch of iterations and tinkering.”

The task was to develop an application that would improve the efficiency of the Schenectady Sanitation System. Teams were given GPS data for the fleet of garbage trucks along with instructions to solve one or more of these five challenges:

Auto/Mate’s development team tackled the first three challenges by developing an application they called “Trashfinder.” The finished application lets people know what time the garbage truck will arrive at their address and allows them to request a large item pickup, so the trucks don’t have to roam the streets looking for large items on the curb.

Auto/Mate’s team presented “Trashfinder” to a panel of judges at the end of the 24 hours given to them.

“Our application was chosen because they really liked our UI and we made our app very user friendly, geared towards the city officials and the community,” Haley said. “Compared to other applications, our solution was pretty polished and every feature worked perfectly during the presentation, which was one of the criteria for a higher rating.”

Auto/Mate’s team took home the grand prize of $3,000, which they split between the five developers. Most of them plan to use the extra money for home improvements.

“I am so proud of our developers for winning the first-ever Hack Tech Valley. Auto/Mate was proud to be a sponsor and the Transfinder team did a great job of organizing and managing the event,” said David Druzynski, Auto/Mate’s human resources director. “This was a fun opportunity to bring the local development community together, both professionals and students, to network and showcase some of the amazing technical talent that we have right here in the Capital Region.”